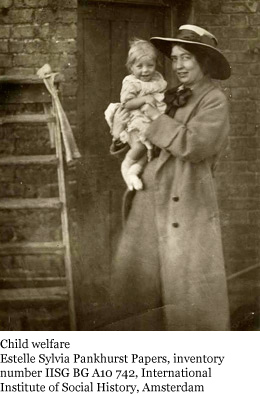 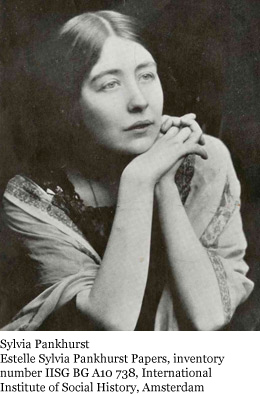 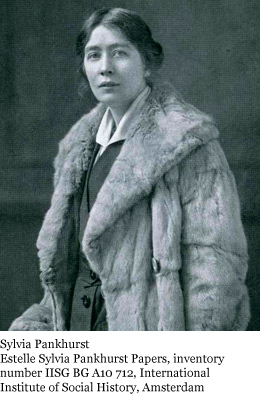 Sylvia Pankhurst (1882–1960) made key contributions to the campaign for women’s rights as both an artist and an activist. She was a key figure in the work of the Women’s Social and Political Union (WSPU) set up with her mother Emmeline and sister Christabel in 1903. Educated at the Manchester Municipal School of Art and the Royal College of Art (1904-1906) Pankhurst developed her skills that could be used to further the cause of women’s rights.

Pankhurst was imprisoned several times for her actions and force-fed in Holloway.

Sylvia Pankhurst’s views differed to her mother and sister and this led to a split in the family with Sylvia believing that working women needs to be at the heart of the campaign rather than limiting the involvement to an educated few. Sylvia went on to work closely with working women in the east End of London, setting up a toy factory, crèche and cost price restaurant to support those in need. Later Sylvia set up her own newspapers. She became involved in helping raise awareness of the threatened invasion of Ethiopia by the Italian Fascist leader Mussolini, and befriended the Emperor Haile Selassie when he was a refugee in the UK. Towards the end of her life, Sylvia left the UK to live in Ethiopia with her son Richard. She died there in 1960 where she is buried and honored by the Emperor as a patriot of Ethiopia.