Women’s Library, London, this project website presents work representing a shift in Ashworth’s practice towards working with the real, exploring what animation tools can bring to documentary film.

A letter exhibited at the Women’s Library inspired the project. The letter was written to the Tate from two artists known as the Emily Davison Lodge. The letter was to draw the Tate’s attention to Sylvia Pankhurst as an artist and to ask why none of her artworks were in their collection. It also mentioned that Pankhurst was a graduate of the Royal College of Art. This fact led me to Richard Pankhurst’s book, Sylvia Pankhurst: Artist and Crusader, and soon to Richard Pankhurst himself.

Earlier that summer I had been brainstorming some ideas with Marina Warner on the idea of Archives as a starting point for new projects. We discussed a number of potential archives; the Women’s Library was one of the ones we chose, and I made a recce to see what might be involved in terms of access etc. It was on this recce that I found the letter that started the project in motion.

I invited Marina Warner to present a lecture on Archives for us to provoke the MA students for a project on that subject. Marina delivered an incredible lecture, which inspired the students and staff. This is now transcribed and published in a collection of essays by Marina, included in an RCA publication, Animation Show reel 2010, and is about to be included in a Siobhan Davies publication to accompany a number of performances.

I later returned to this essay while making this film to help reflect on the process.

October 2010. Commissioned for the Royal College of Art Animation Programme by Joan Ashworth. Transcribed by writer and filmmaker, Martin Greaves. 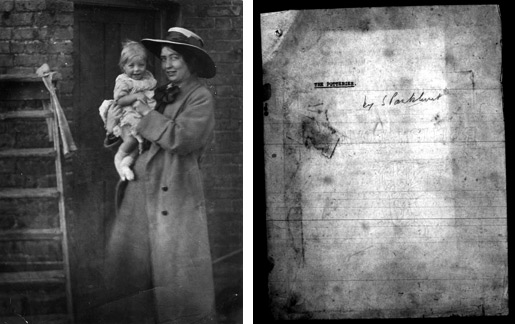 Reflection on and extracts from the lecture by Joan Ashworth.

In the lecture, Warner proposes that “the archive has become a mesmeric place, not only for memory but also for creative energy, for fantasy.” She also states that “the rise in the interest in archives and archiving has been happening in the aftermath of the Holocaust and many other grim events of the 20th century because we are all aware of the authoritarian potential of memory-keeping on the one hand, and resist it in some post -Sixties spirit of liberation, and on the other, because we are conscious of collective responsibility for the atrocities.” She points out to us the trend for not accepting the authoritarian memory keeping of a few but our keen-ness to re-explore and re-evaluate the ordinary, the peripheral and the everyday.

Warner calls on Benjamin’s interest in the ordinary: “(Walter) Benjamin collected toys and small trifles: he wanted to find the trace of the voice of the unconsidered and the unremembered.  A large and impressive literature now shows how writers are trying to disturb the dust, to receive the stirrings back again from its deposits.”

And this is where I found myself, in the notebooks, typescripts, sketchbooks and photographs of Sylvia Pankhurst attempting to locate her, to view the marks she made, to attempt to intuit a hidden aspect of her life. 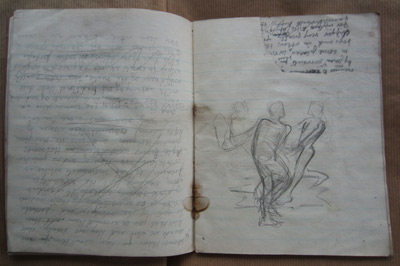 “What it’s about is the mark that has been left in the past, somehow. And the forensic trace leads to its relationship to time. That thing was there, that line of writing was there, was made then, at that point in time. And we, coming into the archive, have the benefit of hindsight. And when we look at things in the archive, they begin to speak when we know something which the person who made the thing, used the thing, wrote the line, didn’t know.” Through a close examination of Pankhurst paintings, drawings and typescripts I want to invite the viewer to linger over the quality of her artwork, and bring a new understanding to how Pankhurst valued her own art as a means of expressing her activism.

“Carolyn Steedman…discusses…something she called a fever…the idea of the fever, the illness that comes with this contact with the living past and the dead past – the living dead past….What keeps you awake, … is actually the archive, and its myriads of the dead, who all day long, have pressed their concerns on you…. She is describing her own relationship with this oppressive vitality that crowds in on you from the unordered, disordered accumulation of evidence, testimony, traces of people in the past. She takes issue with Derrida, she makes that clear. She doesn’t see the past as this entirely oppressive – emotionally, yes, but within the accumulation of dust you hear people who have never been heard before – and that’s what she’s interested in.”

Sylvia chose to paint working women. They were unromanticised and clearly placed as productive members of the workforce. Their concentration, pride and skills are all laid out for the viewer. Using contemporary tools of scanning, hi res photography, and oblique lighting the marks laid down by Pankhurst can be revisited, and magnified to see what they might reveal. 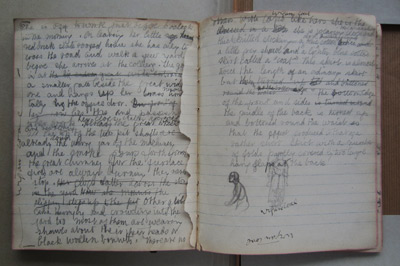 “… the sensory contact with such things gives such a pleasure and a different degree of knowledge and understanding. As objects, they have evocative qualities, from their tactile properties, their weight, their scale, their fragility. If you go to the archive, you are allowed to touch them. The reason that many of them have been digitised –and many archives are digitising their collections – is of course that the fewer hands touch them, the more they will last.  But memory is haptic and you have a much stronger, deeper relationship to something you’ve touched than you do to something you’ve seen online.” The real objects of archives are currently still available to the scholar. This is a unique time to take advantage of that possibility before fragile items make handling impossible. It’s a chance to let those things talk, to let the working women have a voice, with the idea that their voices resonate with and inform workers today.”