Go back to conference presentation

Abstract of paper presented at Documentary Now
“Unfreezing” time in the paintings and texts of Sylvia Pankhurst using documentary animation.

Professor Joan Ashworth, Royal College of Art. When trying to reveal hidden qualities behind archive material and historical events, which animation methods or techniques could best be employed to evoke life and movement to reveal a new understanding? As Mulvey muses, the digital re-opens a view of time between movement and the still, offering ‘ways at looking back at the past but through an altered perspective, informed by the problems and possibilities of the present’ (2006).

In my documentary on Sylvia Pankhurst’s artistry and activism, animation is used to imagine and understand the subjectivity of her encounters. Could the time frozen in Pankhurst’s work respond to the “unfreezing” techniques available within digital animation tools? The freeze frame is a filmic device used to draw attention to a moment in time. Perhaps unfreezing a still photograph or painting through animation could deliver a condensed experience.

The film explores images drawn by Pankhurst in 1907 as a record of women’s working conditions. She used her own drawings and texts to underpin her argument that women were an invaluable part of the economy and therefore deserving of enfranchisement as voters. These were published as Women Workers of England, a supplement to The London Magazine, in 1908. By adding voice and animated movement, new qualities seem to enliven the material. This paper focuses on the image of a female spinner “minding a fine pair of frames”, painted at a Glasgow cotton mill. Pankhurst’s text describes spinning room conditions ‘in which it was so hot that she fainted almost at once’. She painted during the day and spent evenings speaking about women’s suffrage or writing about the conditions of the women operatives. Using animated film clips and Pankhurst’s drawings and texts; I have explored the process of unfreezing drawings and what the resulting collision of archive voice and moving drawing might mean for the viewer. Influences
Daston, Lorraine (2004), Things That Talk : Object lessons from Art and Science.
Mulvey, Laura (2006), Death 24x a Second.
Nichols, Bill (1991), Representing Reality.
Pankhurst, Richard (1979), Sylvia Pankhurst, Artist and Crusader.
Ward, Paul (2005), Documentary: the Margins of Reality. 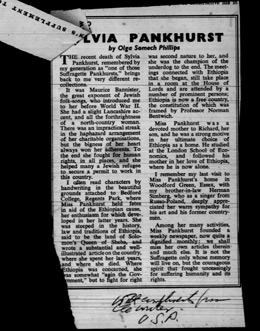